After, playing Vikings War of Clans from over a year, I invite you to the brutal world of Vikings. Further, In this game, you have to fight for your freedom against a world where power, fear and greed reign supreme. So, you have to lead an army of brave warriors into battle against those with ability and desire. Moreover, you have to conquer the world and prove your force against players from around the world.

The best thing I liked about this game is that you can build a magnificent fort for taking part in strategic campaigns. So, you can even expand your brave army and enhance your assets through aggressive loot.

Additionally, I would say that the Vikings War of Clans has impressive graphics along with a compelling story. Additionally, dynamic battles to keep its user base hooked from the start.

Features of Vikings War of Clans

Tips that can help you Win

Check Must:- If you want to know about more games.

Vikings War of Clans is available on both Android and iOS. So, if you want to play this game then follow these steps carefully- 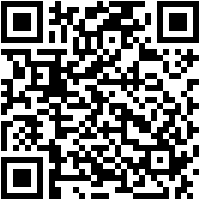 One thing you should know that the empire’s leaders control this war. So, if you implement all these tips in the fight, then I can promise you that the battle for power will be epic and you will emerge as the winner.

You have to forge your path to mightiness. So, become the ruler of your empire and start crushing your enemies in this epic war game. Steal victories from your opponent’s grip and enjoy the game

If you like my article, then don’t forget to rate it out of 5 stars as it encourages us to write more about future gaming.