Searching for the Best Marvel Games? If yes then your search gets over here because here we are going to discuss Top Marvel Games online for android and iOS smartphones. Launched in 1939 Marvel Comics got a huge fan following from kids to adults everyone loves to enjoy their Superheroes. It is the era of smartphones and gaming consoles so people used to play online games and thus Marvel Games came into existence.

Marvel Games allow you to play the character of your favourite Superhero and to enjoy the ultimate shooting, fighting, and much more. Here we have picked the Best Marvel Heroes Games to take your fun on the next level. So just scroll down and find out the list of Marvel Games to get goosebumps.

Let’s initiate our list of Best Marvel Games for Android and iOS user with Marvel Future Fight which is a role-playing game. Your mission is to gather the various Superheroes and Villains and then upgrade their abilities to combat with your rivals. Believe me, this game will bring unlimited moments of fun so don’t be hesitate to try it. Marvel Future Fight is free to play but to enhance your abilities you have to make in-app purchases. 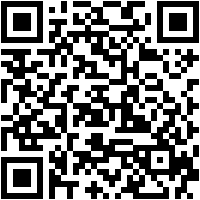 Another game in our list of Best Marvel Games online is Marvel Puzzle Quest which will memorize you the match 3 game Candy Crush Saga. Though it is also an RPG Game to make a special attack you need to match 3 tiles. The game is pretty challenging to play and the online mode of the game possesses more than 15 Million players worldwide. Also, Marvel Puzzle Quest is one of the most popular games on the Google Play Store. Another character collecting game that secures the place in the top Marvel Games for Android and the iOS user is Marvel Contest of Champions. In this game, your sole motive is to collect the Superheroes as much as you can to save human beings from bad minded guys. You can play on an online multiplayer mode or choose campaign mode. The game got over 2 Million downloads on the official Play store for Android and thus you can assume its popularity. Marvel Strike Force is the latest entry in the era of Marvel Games that features almost the same game mechanism as other Marvel titles. Just like other Marvel Heroes Games here you also assemble the Superheroes and Villains to fight with an assault from another universe. You have the ensemble your force that would be the mixture of Superheroes and Villains. Arena, Blitz, Alliance War, Raids, and Challenges are the six-game modes that will entertain you. 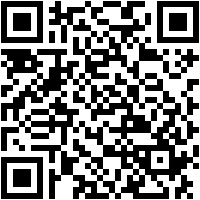 Our next participant in the Marvel Game list is Marvel Super War via which you can control Hulk, Black Widow, Thunder, and other comic legends. You have to manage your force and destroy the base of your enemy. This is one of the best multiplayer action games of this category where you have to take part in 5v5 battles with the renowned characters of Marvel Universe. See More:- How to Download and Play Fortnite on Laptop Free?

So, folks, these are the Top 5 Marvel Games that worth to try in 2020. I hope this guide will definitely help you to choose the Best Marvel Games title to play on your Android or iOS smartphone.

If you have played any other Marvel games that I didn’t describe here then share your experience with us. In case of any query put it in our comment box. The Best Way To Download Command And Conquer Rivals