Imagine yourself, when you look at your phone’s screen, and if the characters of your favourite films come to life, you will be overjoyed. Similarly, Krikey is an AR app dedicated to real-time multiplayer gaming. However, krikey is an Australian slang used to display excitement or awe at something remarkable. Moreover, It is now available on select Android devices. Krikey app allows you to play Augmented reality games and at the same time record their gameplay. Its size is around 260MB for IOS and 77MB in Android. Moreover, you can download and experience the augmented reality world free of charge on both the app store and play store.

Krikey is the world’s first app created with the foundation of Augmented Reality. Moreover, it is a software development kit (SDK) that combines both Google’s ARCore and Apple’s ARKit. It helps in making multi-platform expansion and porting easier. To celebrate the launch of the Android version of Krikey, it is also releasing a new tennis game only for the system. However, if you want to play more games then click here.

What is Augmented Reality?

Don’t get confuse it with Virtual Reality; it is a technology that overlays an image generated by the computer on a user’s view of the real world. Furthermore, it helps you in providing a composite picture. From the social media filters, you use surgical procedures, AR reached quickly in popularity as it brings some elements of the virtual world into our real world. Moreover, it enhances the things that we see, hear and feel. The app is a straightforward solution for you to play AR multiplayer games in real time. All the games present on the krikey app are incredibly accessible to people of all ages. Moreover, you won’t get any traditional advertising or annoying in-app purchases. Krikey is monetizing its service by partnering with other brands. Additionally, krikey launched some branded games, and some of them are Van Leeuwen Ice Cream and non-profit Conservation International. Furthermore, some new brands expect to follow suit shortly. How can you download Krikey on your Android Smartphone?

If you want to play games based on the augmented reality on your android smartphone, then follow these steps carefully- How can you download Krikey on your iOS Smartphone?

Just after half a year release of krikey on an iOS device, the developers decided to launch it on the Android version. Moreover, the IOS version currently has a positive 4.2-star rating but still hasn’t met a significant audience yet. According to the analytics by AndroidHeadlines, they were not able to assess its performance based on the available representative samples. The main reason stated by them for the lack of installs that are likely no higher than low tens of thousands. If you want to play games based on the augmented reality on your iOS-based smartphone, then follow these steps carefully- 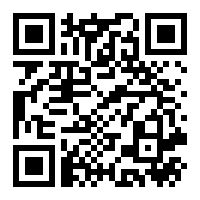 What the Krikey Founders Say-

Two sisters- Jhanvi Sharma, a Stanford MBA Graduate and Ketaki Shriram, a Stanford PhD student created Krikey app. Their adventure began in Okavango Delta when they travelled together on Safari. It was an awe-inspiring moment for them to see elephants and lions in real life. They shared the photos with everyone but sharing the pictures with everyone didn’t convey the raw emotion that they felt when they were a few yards away from them.

At that moment, they decided to create a VR Experience but later realized that the process is quite expensive for a small start-up. Then they finally settled for mobile-based Augmented Reality.

To conclude, I would say that after the release of the Android version, Krikey enables you to use the current selection of AR platforms within the ecosystem of Google. As a result, it provides you with some more choice in the gaming segment of mobile AR. Now, it is a matter of time when the platform will take off to heights massively. Moreover, its Android launch has boosted the vote of confidence in Google’s AR ambitions. Besides, if you have questions regarding krikey or AR then don’t forget to ask us via the comment section.

If you like my article, then don’t forget to rate it out of 5 stars as it encourages us to write more about future gaming.