In the 90s things changed a little bit, mobile phones shrank in size and some new functionalities like games, calendar, notes app, email clients and web browsers were introduced. Despite all of that, business users couldn’t find their phones as useful as their desktop computers. They mostly used them for the sake of being accessible wherever they are and nothing else.

All of that has changed with the introduction of the first Apple’s iPhone and its first app store. All of a sudden smartphones unlocked functionalities and you can use them to your full potential. Outside developers could make smartphone apps for the end users without consulting and going through the manufacturer of the smartphone.

Document conversion apps are one of them. Today we will mention one particular conversion that is extremely hard and the app that does it well. Imagine you would like to instantly digitize paper document that is in front of you. It could be anything, from business contracts, invoices, plans all the way to your favourite recipes, student notes or lectures.

Before, the only way was to manually retype the document, but now you could use Image to Word Converter app to do it for you. Simply upload the photo of the document you would like to convert and the app will do its magic and convert scanned image to an editable Microsoft Word format. Some of the apps most popular features are:

Steps for Converting Image to Word

Despite the app having an extremely easy to use user interface and navigation, we decided to provide you with a step-by-step guide on how to convert Image to Word. 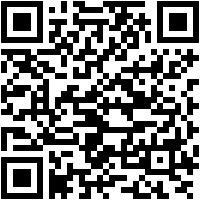 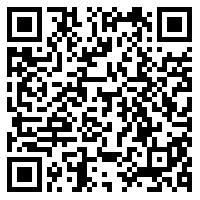 Once the installation is complete, open the app and select an image you want to convert. You can convert images directly from your smartphone’s gallery, previously mentioned cloud services or from Gmail attachments.

The other way is to use a built-in document scanner with OCR to directly scan files. To get the best possible result, we recommend scanning files on a flat surface without any visible background. In case you are not satisfied with your photos, you can also crop or rotate them. After adjusting your photo, tap on the “Convert” button and proceed to the last step. Wait for the conversion to finish and open the converted file in any text editing app of your choosing. Now you can start editing your document. You’re done! Didn’t we say it was easy? We really like Image to Word Converter app mainly because of its ease of use and the conversion output quality it provides.

Sometimes, I wonder that if apps like Image to Word converter were possible ten years ago. Then, how easy our life would have been when the use of paper documents was at the peak.

So, I strongly recommend this app to those who deal with a lot of paper documents on a regular basis. Others should also have it in on their phone since you never know when it may come in handy. However, if you have any questions regarding Image to Word app then feel free to ask us via the comment section.

If Image to Word converter was helpful to you then don’t forget to rate it out of 5 stars as it encourages us to provide valuable more information about innovative apps. Get Your Passport Quickly with Passport Seva App At Your Home